Abstract: The number of bandwidth-hungry applications and services is constantly growing. HTTP adaptive streaming of audio-visual content accounts for the majority of today’s internet traffic. Although the internet bandwidth increases also constantly, audio-visual compression technology is inevitable and we are currently facing the challenge to be confronted with multiple video codecs. This paper proposes a multi-codec DASH dataset comprising AVC, HEVC, VP9, and AV1 in order to enable interoperability testing and streaming experiments for the efficient usage of these codecs under various conditions. We adopt state of the art encoding and packaging options and also provide basic quality metrics along with the DASH segments. Additionally, we briefly introduce a multi-codec DASH scheme and possible usage scenarios. Finally, we provide a preliminary evaluation of the encoding efficiency in the context of HTTP adaptive streaming services and applications.

Abstract: About 300 hours of video are uploaded to YouTube every minute. The main technology to delivery YouTube content to various clients is HTTP adaptive streaming and the majority of today’s internet traffic comprises streaming audio and video. In this paper, we investigate content provisioning for HTTP adaptive streaming under predefined aspects representing content features and upload characteristics as well and apply it to YouTube. Additionally, we compare the YouTube’s content upload and processing functions with a commercially available video encoding service. The results reveal insights into YouTube’s content upload and processing functions and the methodology can be applied to similar services. All experiments conducted within the paper allow for reproducibility thanks to the usage of open source tools, publicly available datasets, and scripts used to conduct the experiments on virtual machines.

Authors: Philipp Moll, Mathias Lux, Sebastian Theuermann, Hermann Hellwagner
Abstract: The popularity of computer games is enormously high and is still growing every year. Despite the popularity of gaming, the networking part of computer games relies on decade old technologies, which have never been intended to be used for low latency communication and are often the cause for overloaded and crashing game servers during peak hours. In order to improve the current state-of-the-art technologies, research in the networking field has to be conducted, but is challenging due to the low availability of up-to-date datasets and network traces. Modern networking solutions of computer games try to take the players’ activities as well as geographical closeness of different players in the virtual world into account, in order to achieve a high user satisfaction while keeping the network activity as low as possible. In this paper, we analyze the Battle Royale game mode of Fortnite as an example for a popular online game with demanding technical requirements with respect to networking. Based on the results of our analysis, we extrapolate player movement patterns as well as network traces, which can be used to study how to improve our current networking technology for online gaming, and to investigate possibilites to replace it by novel networking solutions, such as information-centric networking.

Authors: Klaus Schoeffmann, Mario Taschwer, Stephanie Sarny, Bernd Münzer, Jürgen Primus, Doris Putzgruber
Abstract: Cataract surgery is one of the most frequently performed microscopic surgeries in the field of ophthalmology. The goal behind this kind of surgery is to replace the human eye lense with an artificial one, an intervention that is often required due to aging. The entire surgery is performed under microscopy, but co-mounted cameras allow to record and archive the procedure. Currently, the recorded videos are used in a postoperative manner for documentation and training. An additional benefit of recording cataract videos is that they enable video analytics (i.e., manual and/or automatic video content analysis) to investigate medically relevant research questions (e.g., the cause of complications). This, however, necessitates a medical multimedia information system trained and evaluated on existing data, which is currently not publicly available. In this work we provide a public video dataset of 101 cataract surgeries that were performed by four different surgeons over a period of 9 months. These surgeons are grouped into moderately experienced and highly experienced surgeons (assistant vs. senior physicians), providing the basis for experience-based video analytics. All videos have been annotated with quasi-standardized operation phases by a senior ophthalmic surgeon.
Links: Preprint of the Paper 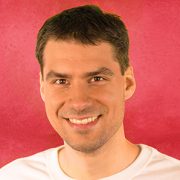 Daniel, our former team-member, was one of the 2018 candidates for the Heinz Zemanek Dissertation Award. He presented his dissertation (“Towards Effective Multimedia Dissemination in Information-Centric Networks”, supervised by Prof. Hermann Hellwagner) on May 30, 2018. Unfortunately he did not receive the award it is a great distinction to be among the very best. 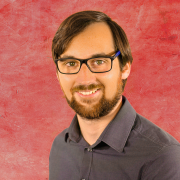 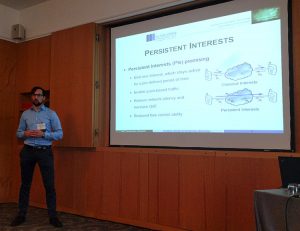 Recent research in the field of Information-Centric Networking (ICN) shows the need for push-based data transfer, which is not supported in current pull-based ICN architectures, such as Named Data Networking (NDN). IoT deployments as well as emergency notifications and real-time multimedia communication are well suited to be realized using the ICN principles, but experience challenges in pull-based environments. Persistent Interests (PIs) are a promising approach to introduce pushlike traffic in Interest-based ICN architectures such as NDN. In this paper, we explore the characteristics of PIs and discuss advantages and disadvantages of using them. We provide an efficient solution for preventing so-called Data loops, which are introduced by giving up NDN’s one-request-per-packet principle. Furthermore, we investigate the performance of PIs compared to classical Interests in terms of the computational complexity of forwarding and discuss possible applications of PIs.
AT: IEEE 87th Vehicular Technology Conference in Porto on 2018, June 3rd.
Links:VTC2018-Spring
Preprint of the Paper 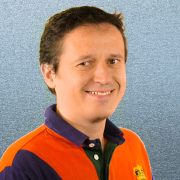 Qualinet is a network of excellence initially funded by COST and technical sponsor of the International Conference on Quality of Multimedia Experience (Qomex). Christian Timmerer is a member of the management committee and working group leader within Qualinet and steering committee member of Qomex. Qomex was hosted in Klagenfurt in 2013 and this year it will be held in Sardinia, Italy. Christian Timmerer will participate in the PhD mentoring program and in the industry panel discussing R&D aspects of QoE with representatives from Deutsche Telekom, Ericsson, Opticom, and Netflix. Qomex is a top-ranked international conference and among the twenty-best conferences in Google Scholar for subcategory Multimedia. For further details please visit links below.
Links:
– Qualinet
– Qomex
– Qomex2018

The 1st International IEEE MIPR 2018 is held in Miami, Florida April 10-12, 2018 which is about multimedia information processing and retrieval. Christian Timmerer will present an invited paper that deals with the “automated objective and subjective evaluation of HTTP adaptive streaming systems”. This paper responds to the challenge of a plethora of media players and adaptation algorithms showing different behavior but lack a common framework for both objective and subjective evaluation of such systems. Additionally, Dr. Timmerer is a guest speaker at Florida Atlantic University (per invitation from Prof. Oge Marques) where he will present a framework for adaptive delivery of omnidirectional video. Omnidirectional or 360-degree videos are considered as a next step towards a truly immersive media experience.

Such videos allow the user to change her/his viewing direction while consuming the video. The download-and-play paradigm (including DVD and

Blu-ray) is replaced by streaming, and the content is hosted solely within the cloud. This talk addresses the need for a scientific framework enabling the adaptive delivery of omnidirectional video within heterogeneous environments.

Bitmovin, the online video software and infrastructure company founded by the co-creators of the MPEG-DASH video streaming standard, has raised $30 million in Series B funding. The round is led by Highland Europe, with participation from existing investors Atomico, Constantia New Business, Dawn Capital, and Y Combinator. Bitmovin is a spin-off of Alpen-Adria-Universität Klagenfurt, specifically the Institute of Information Technology (ITEC) and in the context of the FP7 projects ALICANTE and Social Sensor. Further news about Bitmovin can be found on their blog: Bitmovin blog
Links: Bitmovin , Techcrunch 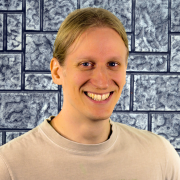